Julien Sorel The hero of the novel; peasant son of a provincial sawyer, who, by means of hypocrisy and of the women who love him, driven by insatiable ambition, briefly succeeds in penetrating into the aristocracy. His failure and subsequent death are caused by society’s punishment of the parvenu and by the consequences of his own impetuosity.

Mme. de Rênal Thirty-year-old wife of the mayor of Verrières, and the first and only real love of Julien; she becomes his mistress, and through jealousy he shoots her in church. Ultimately, the lovers are reconciled, although she does not long survive Julien’s death.

M. de Rênal Prototype of the provincial petty aristocracy, the wealthy mayor of Verrières. Blinded by his exaggerated self-esteem, he is the easy dupe of everyone — thus a ridiculous character.

Abbé Chélan Jansenist priest of Verrières, destituted by the intrigues of the Congregation; first mentor of Julien.

Abbé Maslon Jesuit priest, tool of the Congregation, who replaces Chélan as priest in Verrières after the latter’s disgrace.

Old Sorel The crafty, greedy, peasant father of Julien; responsible for his son’s unhappy childhood, and at the news of Julien’s imminent death, more interested in a possible inheritance than moved by his death.

Abbé Pirard Jansenist director of the seminary that Julien attends; old friend of Chélan; Julien’s mentor at the seminary, then in Paris: Pirard is instrumental in placing Julien in the Mole household as the marquis’ secretary.

Fouqué Childhood friend of Julien, whose mountain retreat is a refuge for the hero. Fouqué offers Julien a partnership in his sawmill, visits him during imprisonment, and manages his friend’s burial.

Valenod Rênal’s assistant and successor as mayor; scheming pawn of the Congregation; rival of Julien for Mme. de Rênal and instrumental in Julien’s death. Prototype of the unscrupulous, bourgeois parvenu. 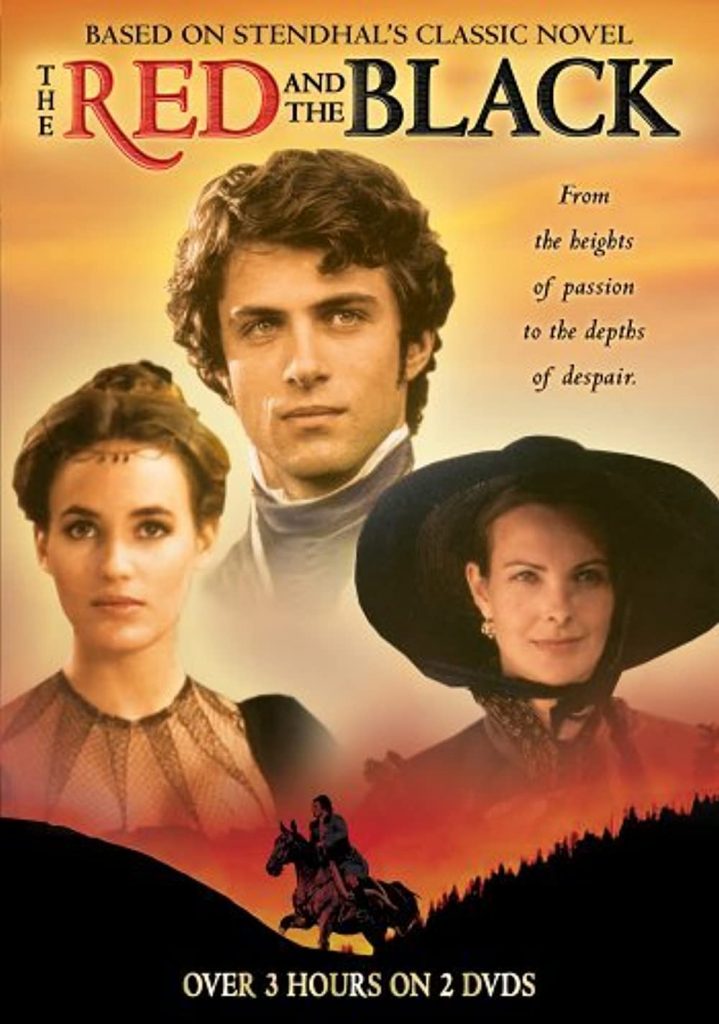 Marquis de la Mole Peer of France, powerful, ultra aristocrat, who employs Julien as secretary; later treats him as a portégé and confers nobility on Julien, after the latter has compromised his daughter Mathilde.

Mathilde de la Mole Impetuous, proud, haughty daughter of the marquis, and second mistress of Julien; after seducing Julien, she becomes pregnant and frantically attempts to save him from the guillotine, although Julien no longer loves her.

Abbé Frilair Jesuit leader of the Besançon Congregation; enemy of Chélan, of Pirard, and, for different reasons, of the marquis. Mathilde bargains with Frilair to win the freedom of Julien, awaiting trial.

Norbert de la Mole Son of the marquis; prototype of the colorless, unheroic, conformist young aristocrat of the period. Neither his father nor his sister Mathilde find him worthy of the illustrious Mole ancestry. Julien usurps his role of son of the marquis.

Mme. de la Mole Wife of the marquis and the prototype of the nullity and sterility of the Restoration aristocracy; holds her court at the Hôtel de la Mole, enforcing an empty decorum and banishing any signs of intelligence and spontaneity; a snob whose only interest is the genealogy of nobility.

Mme. de Fervaques A prude whom Julien pretends to court to awaken Mathilde’s jealousy. She is of Jesuit leaning and of mystical bent. Her bourgeois lineage makes her an uncomfortable aristocratic parvenue.

Altamira A liberal, expatriated aristocrat condemned to die. Julien makes his acquaintance in Paris and idolizes this idealist.

Croisenois An aristocrat of the ilk of Norbert de la Mole, and his friend; aspires to the hand of Mathilde and dies in a duel defending her honor after the scandal.

M. de Beauvoisis A dandy of the lesser nobility; befriends Julien and serves as a model for the hero in manners and dress.

Prince Korasov A Russian whom Julien meets in London and in Strasbourg; serves as another mentor for Julien. Korasov, himself a great lover, inspires Julien with the plan to awaken Mathilde’s jealousy.

Bishop Agde Young, successfully arrived, reactionary churchman; Julien serves as his messenger during a religious ceremony of great pomp in Verrières; they meet again at the secret meeting in Paris.

Abbé Castanède Spy, Jesuit henchman of Frilair. He is a menace to Julien in the seminary and on the secret mission.

Tanbeau Unsuccessful rival of Julien for the position of secretary to the marquis. Another example of the would-be parvenu.