Stendhal’s depiction of Julien betokens his art in conceiving beings where contradictory impulses and qualities coexist. Julien shares his gentle qualities and sentiment with Mme. de Rênal, and his aggressiveness and egotism rival Mathilde’s, but Julien remains, necessarily, a solitary figure whose existence is to be enjoyed by himself alone. It is the solitude, imposed from within and without, of the superior individual who requires of others their generous and voluntary self-sacrifice for his sake that emerges as the dominant trait of the Stendhalian hero in spite of his dichotomy.

Such a hero proves himself worthy of the sacrifice made by others of the “happy few” by his observance of an ascetic personal code of honor and morality, born of and nurtured by revolt. Julien would have found lasting happiness with Mme. de Rênal were he not a Stendhalian hero. He faces death resolutely, having arrived at the certainty that he has been faithful to his code.

From several points of view, Julien is a twentieth-century hero. He represents the individual alienated from and pitted against society, whose vileness and corruption offend his idealism and integrity as an individual. For in the last analysis, Julien chooses idealism as opposed to compromise. He is a tragic figure in that he is superior to the force that destroys him, and to the extent that he has assumed his own death, he cheats the guillotine. It is possible that Julien’s amoral pose may be more acceptable than the immorality of the society that has forced him to adopt it. 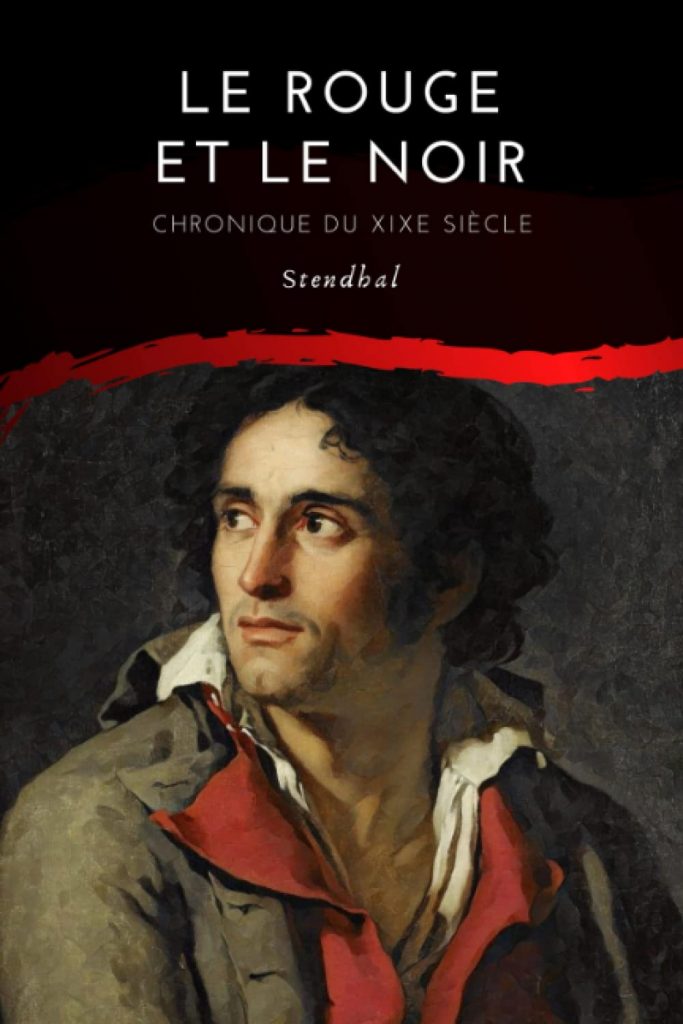 Mathilde is a female Julien except that her rebellion is sterile, motivated only by a thirst for the novel, the bizarre, the unusual. In a sense, she is as much the victim of the reigning social order as is Julien since it stifles her imagination and potential of energy. Her aggressiveness and domineering nature cause her, in effect, to play a masculine role, which explains in part the impression she gives as Julien’s rival.

Her romantic temperament has been aggravated by the absence of any outlet in which to express itself. After conceiving the thought that only the death sentence could distinguish a man, she resorts to the attempt to live out this thought in real life. Her aristocratic pride is as great as Julien’s fear of ridicule, and this clash proves to be an almost insurmountable obstacle to the realization of their love. Her pride and vanity thwart the expression of her romantic nature, which is somewhat the reverse of Julien’s dilemma: His sensitivity constantly erupts to thwart his preconceived conduct.

Paradoxically, the character flaws that prevent them from achieving happiness are the necessary flaws of the superior being. Mathilde should not have intellectualized her passion implies Stendhal disapprovingly, yet because of this defect, Mathilde may count herself among the “happy few.” Her passion controlled by reason represents another variation of Stendhal’s own impossible ideal: to love and not lose control. Like Julien, she lives in accordance with her own demanding morality. All in all, since Mathilde has fully realized her romantic dream at the end of the novel, one can visualize her as unhappy only after her last raptures have ceased, and, finding herself back in the banality of reality, she searches for a new adventure.

Mme. de Rênal contrasts with Mathilde in age and in nature. The two further reflect different aspects of Julien’s nature: Mme. de Rênal is spontaneous, sensitive, tenderhearted, as is Julien; Mathilde shares his pride. Mme. de Rênal awakens to a new existence when she falls in love with Julien. It is as if her previous thirty years had not existed. This sudden, overwhelming blossoming of her being explains the violence and permanence of her passion.
Her love sharpens her intelligence and endows her with momentary cunning and daring, making her again the reverse of Mathilde. At first a very moral person and somewhat naive, she sacrifices every scruple to her love for Julien. She is incapable of self-scrutiny, so instinctive a creature is she. Mme. de Rênal never achieves the amoral freedom that typifies the “happy few,” although her existence on the instinctive level approximates amorality.

From her son’s illness, which she sees as divine punishment, to her death following Julien’s own, she is constantly tossed between passion and guilt. This fluctuation is not as obvious as it is in the case of Mathilde, but it is nonetheless basic to her nature. Mme. de Rênal can make claim to be of the “happy few,” however, in that her happiness is found in love and it is doomed to failure. It is the happiness of the moment and of eternity. The maternal nature of Mme. de Rênal’s love for Julien is complemented by the latter’s paternal concern for Mathilde.